The Federal Reserve System (the Fed) is the central banking system of the USA.

The Fed System is governed by the Federal Reserve Board (FRB), an agency of the federal government. FRB reports to and is directly accountable to the US Congress, and provides general guidance for the System and oversees the 12 Reserve Banks. 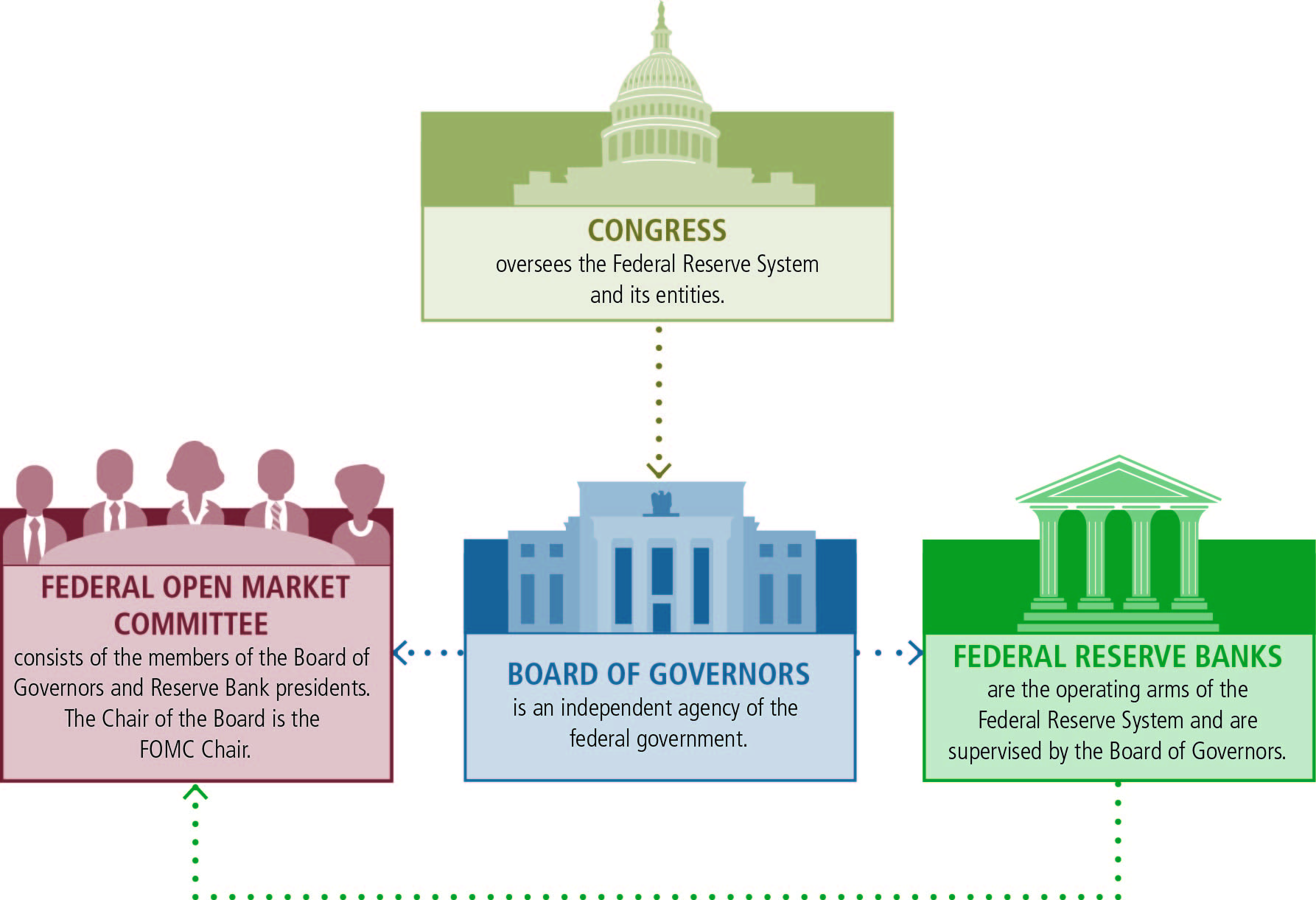 Federal Reserve Board of Governors (FRB)#

FRB consisting of 7 people who are appointed by the US President, and then approved by the Senate for 14 years without the right to renew their powers, while every two years one of the members of the Council is replaced. This is done in order to enable the Board to act consistently, have competent members, maintain independence, or autonomy.

In establishing the Federal Reserve System, the United States was divided geographically into 12 Districts, each with a separately incorporated Reserve Bank. District boundaries were based on prevailing trade regions that existed in 1913 and related economic considerations, so they do not necessarily coincide with state lines.

The FOMC is the body of the Federal Reserve System that sets national monetary policy. The FOMC makes all decisions regarding the conduct of open market operations, which affect the federal funds rate, the size and composition of the Federal Reserve’s asset holdings, and communications with the public about the likely future course of monetary policy.

By law, the FOMC determines its own internal organization and, by tradition, the FOMC elects the Chair of the Board of Governors as its chair and the president of the Federal Reserve Bank of New York as its vice chair.

FOMC meetings typically are held eight times each year in Washington, D.C., and at other times as needed.